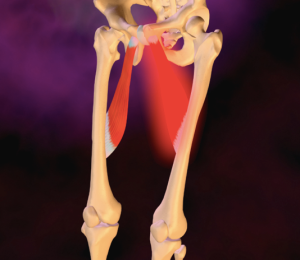 Last weekend, I overdid it.  I mentioned that the ATX100 workout was particularly tough.  It turns out I’ve pulled my groin muscle.  (That always sounds dirty.)  After all these years, I didn’t even know I had groin muscles, but there is no dispute now.

I also have another weird development with my foot called, “plantar fasciitis” which, of course, I researched extensively on the web.  Now, it’s important to understand that I am not a hypochondriac.  Nearly the opposite.  I kind of hate the medical establishment and have always felt lucky because I never have health-related issues.

But. alas.  This wrinkle has interrupted the pace of my progression regarding exercise.  I can still walk on the treadmill or anywhere else, but I can’t take on anything more aggressive.  It’s really okay, as I’ve told many of my friends and family, I’m not really in a big rush.  I’ve read enough to realize that 80-90% of long term weight loss is mostly about food.  I’ve become really disciplined about what I will and won’t eat.

To that end, I’ve finished the Gary Taube book.   I realized that most of the advice in the book was synonymous with the Atkins diet.  So, I bought the latest Atkins Diet cook book this weekend.  I’ve already planned a week’s worth of Atkins meals.  Again, no carbs, no sugar.  Pretty easy.

The best news is I had to travel last week to Las Vegas for a company outing.  I was able to find food within the parameters of no carbs, no sugar, but I probably drank more than I should have.  I stayed with white wine, but  I’m not sure that’s the best alcohol choice.  When I weighed myself when I came home, I was at the same weight.  No gain, no loss.  But, that is a win for me.  It would have been very easy to get off track in that circumstance, and I’m glad I didn’t.

Finally, I bought a new scale.  The new scale is weighing me in slightly higher than my other scale, so I’m just going to have to absorb that adjustment and move forward.

And so it goes.