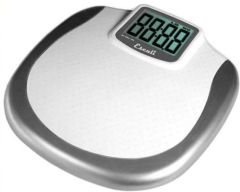 So, I’ve been faithful to working out and really watching the eating.  But, after nearly a month, I have only lost ten pounds.  I expressed my disappointment to Clara, and she told me I was exactly where I was supposed to be.  I’m somewhat frustrated though, so I decided to go hard core on South Beach again for a phase one, two week session.  I’m entering my second week now and although it is hard, I have been able to stay focused.

The exercise has been getting easier.  Clara has me doing a program on the treadmill called, “HIIT training.”  It’s basically a phased cardio workout that compresses the time you need to get a full workout in.  Once I do a base level fairly easily, I increase the speed and do that for a few days.  At the height of the routine, I’m walking much faster than I did on the treadmill I used at the Toms River gym.

She’s also teaching me exercises I can do in my room at the hotel when I have to travel.  I have a lot of travel coming up, so that’s a good idea. I’m still using the pedometer too.  On a good day, I’ll get over 8,000 steps in, although she says the goal is probably more near 10,000.

So, all in all, even though the scale frustrates me, I feel generally good about all this and am determined to continue.

2 thoughts on “That darned scale!”